The Singapore Green Plan 2030: What it means for car owners 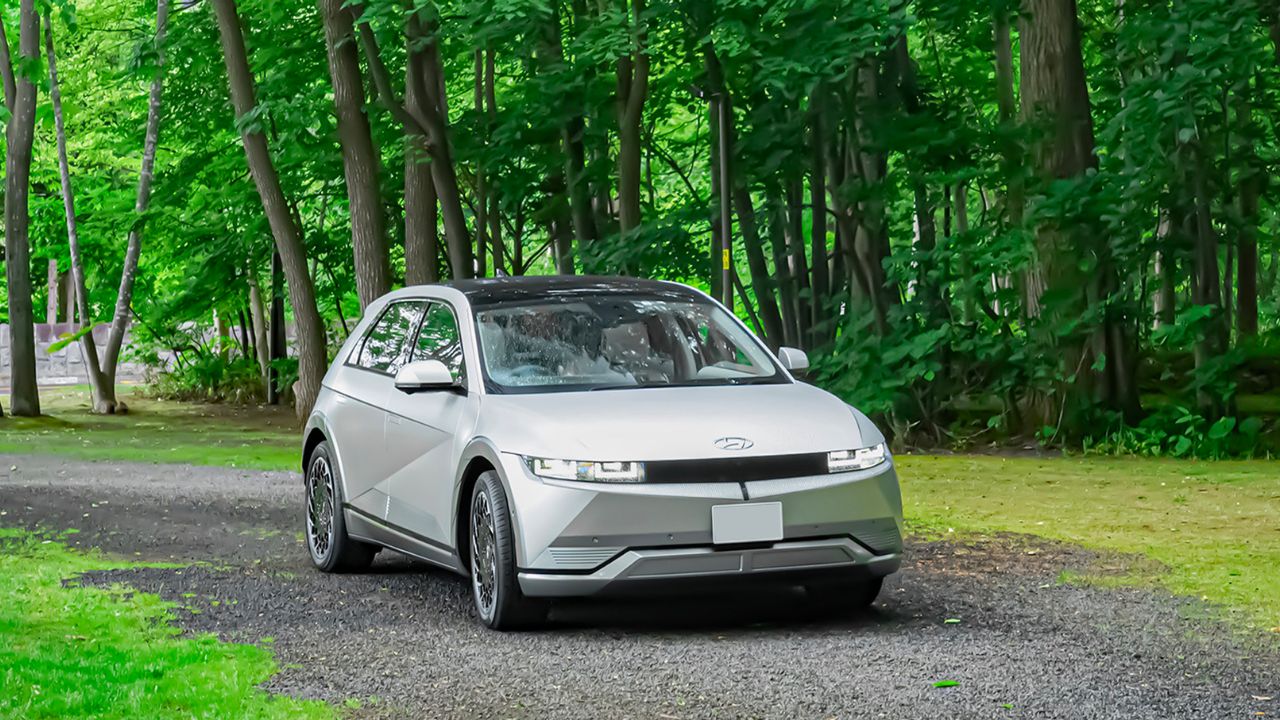 As a small island country that’s mostly shielded by larger land masses all around, climate change may not be an urgent issue to many of us. After all, most of our food is imported, and we’re known as the greenest city in the world for a reason. But whether or not we realise, climate change continues to hit home. The Singapore Green Plan 2030 was introduced to tackle this issue and it redefines many things in our daily lives — including the way we move around.

In this blog post, we’ll cover what the Singapore Green Plan 2030 means for drivers or car owners, and what you should do to prepare for the changes.

A brief overview of how climate change affects Singapore 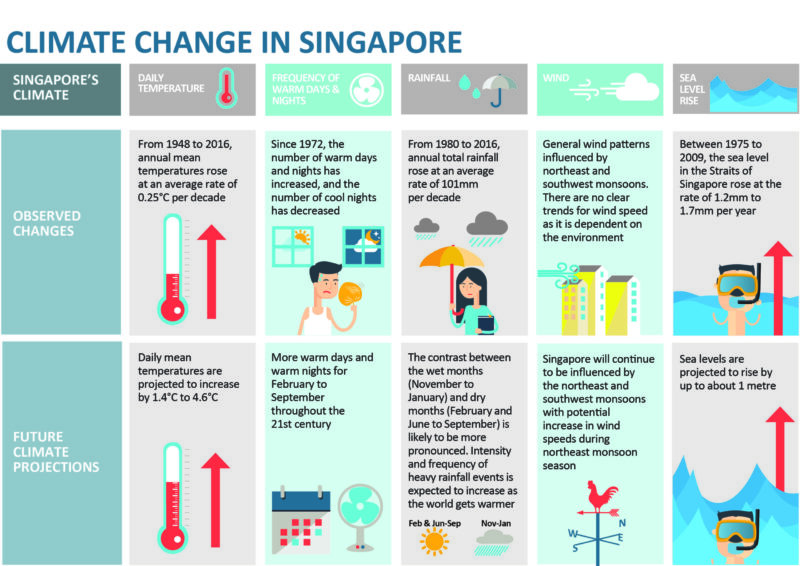 The most urgent threat we face as a tiny island is rising sea levels. Between 1980 and 2020, our annual mean temperature rose from 26.9°C to 28°C. This may not look like a huge difference until you learn that just a 1.5°C increase in global temperature can result in serious damages like sea-ice melting, deadly heat waves, a rise in diseases and the loss of Earth’s biodiversity. What’s more alarming is that we’ve already touched the 1.1°C mark. 😰

Apart from rising sea levels, we also receive more rainfall now than we did in the past which results in more frequent floods. Our summers are also getting warmer — and on a global scale, droughts will lead to unstable food supply which puts us at a greater risk compared to countries that grow their own food, since we rely heavily on imports.

What the Singapore Green Plan 2030 aims to solve

The Singapore Green Plan 2030 was introduced in 2020 as a 10-year national sustainability movement. It’s an initiative to achieve Singapore’s long-term goal of net zero emissions. The Green Plan consists of the following key objectives:

What does the Singapore Green Plan 2030 mean for car owners?

In 3 years from now, you’ll no longer be able to register new diesel cars

As an effort to further pave the way for greener vehicles (other than strictly regulating the number of cars on our roads), new registrations of diesel cars and taxis will cease from 2025 onwards.

Singapore will only allow registrations of electric vehicles from 2030

Learn more about the differences between petrol cars, hybrid cars and EVs.

How can you start preparing for the Singapore Green Plan 2030?

Consider switching to an EV

While buying a diesel car clearly isn’t the best move at this point, it may be wiser to own an electric vehicle (EV) as your first or next car than a regular petrol car since we’re only less than 8 years away from 2030. In fact, with petrol prices so high and volatile, spending less than just $11 a week to charge an entry-level electric car is a much more wallet-friendly option.

But frankly, buying an EV, in a country like Singapore where even regular petrol cars are costly, can be a hefty commitment. That’s why there are various benefits and schemes to help EV buyers offset their purchase cost. They include the EV Early Adoption Incentive (EEAI), Vehicular Emissions Scheme (VES), EV Common Charger Grant (ECCG), ARF floor and road tax reduction.

Not only that, a total of 60,000 charging stations will be added nationwide in the years leading up to 2030 in both public car parks and private premises in order to encourage more and more people to switch to electric vehicles.

Carpooling is a great way to reduce the number of cars on the road. If you have friends or neighbours who share the same commute route, why not give them a ride along the way? Just be sure to check the latest carpool rules in Singapore from time to time since we’re living in the midst of a pandemic, and remember that commercial carpooling in Singapore is illegal.

Consider renting a car instead

In a country like Singapore where car prices can cost an arm and a leg, it would make more financial sense to buy a car if you’re a frequent driver. But not buying a car doesn’t mean that you’ll no longer be able to drive. As long as you have a valid driver’s licence, you’ll still get to enjoy the freedom to drive by renting a car instead.

Renting a car in Singapore is a more eco-friendly option 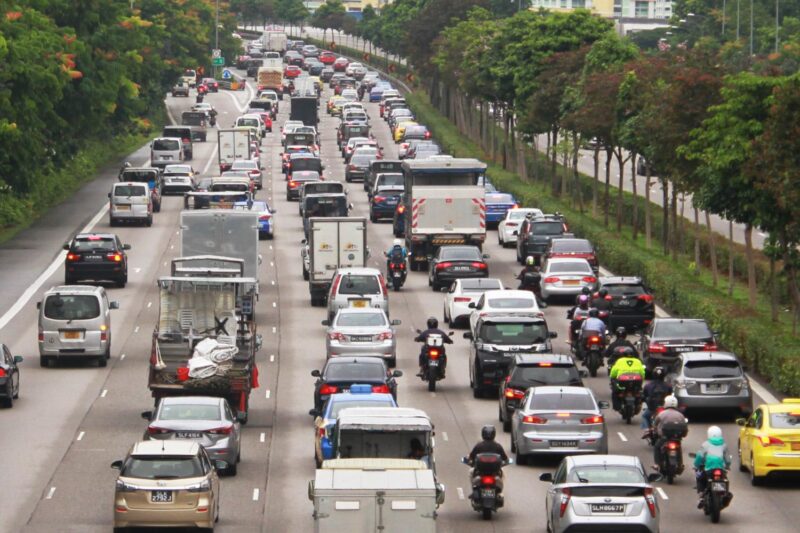 If you’re wondering how you’re contributing to a greener planet by renting a car instead of owning one, think about this — there are nearly a million vehicles on Singapore’s roads, releasing around 6.4 million tonnes of carbon emissions (a greenhouse gas) each year. Private car ownership by far is the largest contributor to these emissions. 🤯

When you forgo car ownership for car rental, you’re helping to reduce the vehicle-to-person ratio. In other words, the number of cars on the road will be a lot lower as there’ll be more heads per car. 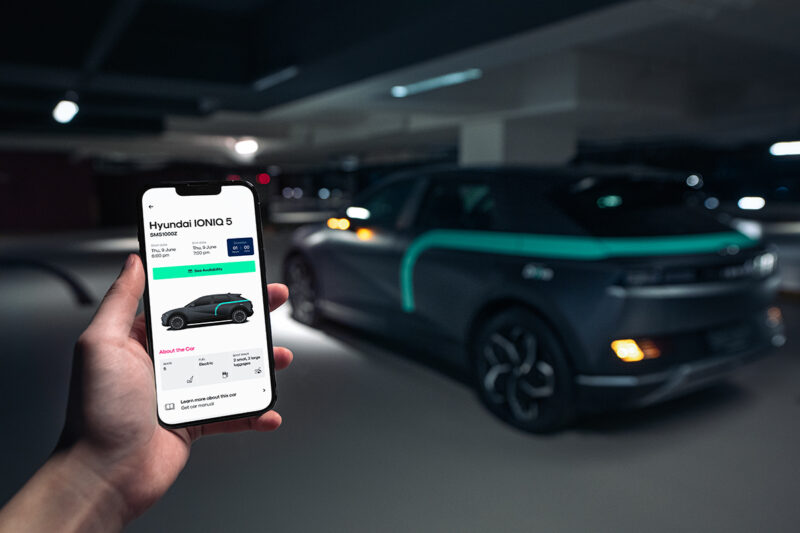 There’s no doubt that driving offers tremendous freedom. But if freedom comes at the cost of our planet, then what is the home that we’re leaving behind for our kids going to look like? This is why we continuously strive towards making GetGo a more sustainable car rental service.

Earlier in May, we partnered with Hyundai Motor Group Innovation Centre in Singapore (HMGICS) and CDG Engie to accelerate EV carsharing adoption in Singapore. Our long term vision is to operate a fully electric and hybrid fleet of 10,000 vehicles in Singapore by 2030, with the hopes of further reducing the impact of mobility on the environment.

* Code is only valid for the first booking. Other T&Cs apply.

Towards a greener future!
Luna 🌳

Stay in the loop on our latest updates, promotions and weekly news.

Accidentally unsubscribed? Click here to re-subscribe to our newsletter!

Stay in the loop on our latest updates, promotions and weekly news.

Accidentally unsubscribed? Click here to re-subscribe to our newsletter!

Stay in the loop on our latest updates 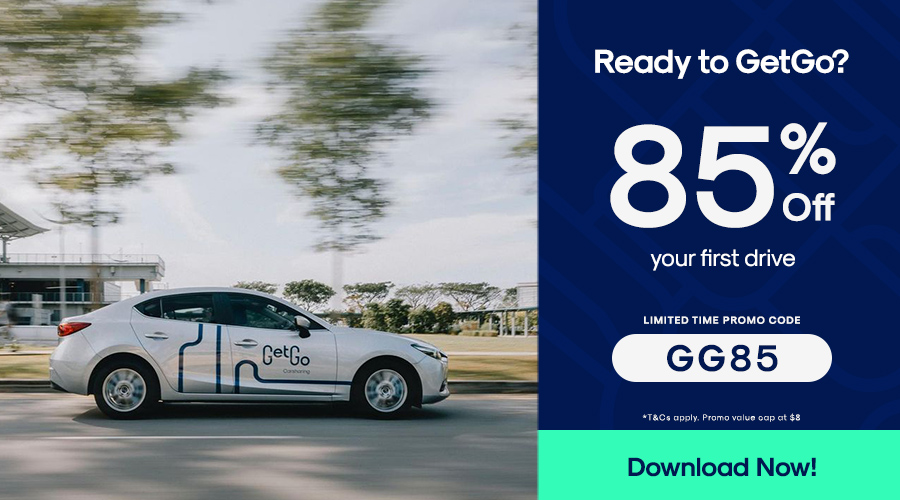 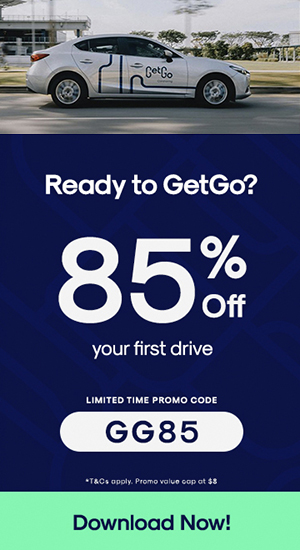